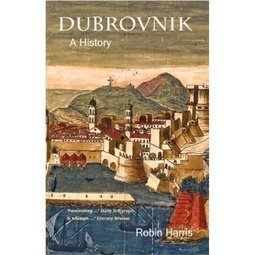 Amazon.com: Dubrovnik: A History (9780863563324): Robin Harris: Books… From its settlement in the 7th century to its conquest by Napoleon at the beginning of the 19th, Dubrovnik repeatedly held a significant position beyond what could have been expected of this tiny city-state. But Dubrovnik also faced the extreme dangers posed by Venetian plotters, Ottoman aggressors, natural disasters and, finally, Napoleon. In modern times, the city survived the besieging Yugoslav army in 1991-92, which heavily damaged but did not destroy Dubrovnik’s cultural heritage. This book is a comprehensive history of Dubrovnik’s progress over twelve centuries of European development, encompassing arts, architecture, social and economic changes and the traumas of war and politics.
Via www.amazon.com

Dubrovnik: A History
February 13, 2005
Dubrovnik: A History By Robin Harris Saqi (2003), 503 pp., 40 pages of glossy color illustrations Reviewed by Christopher Deliso In Dubrovnik: A History, British author Robin Harris sets out, in his own words, to create for the first time “a modern, well-sourced and readable account of the history of the Ragusan Republic” (p. 17). Documenting the triumphs and travails of over a millennium’s worth of complex and interconnected events is a big job, but the author proves more than up to the task. The result is a very useful guide to a remarkable little city with a storied but relatively unknown past.
Via www.balkanalysis.com

The Ragusan Republic: victim of Napoleon and its own conservatism By Harriet Bjelovučić (Ragusan Republic was the city state of th Croatian town of Dubrovnik)
Via books.google.com.tr

Meet Dubrovnik have information about culture, gastro, sport and other things for most beatiful town in Croatia…
Via www.meetdubrovnik.com

Via Scoop.it – “History of Philosophy”

The book The Beast and the Sovereign, Volume II, Jacques Derrida is published by University of Chicago Press. Published last month, part of the  complete translation of Derrida’s seminars
Via www.press.uchicago.edu

Via Scoop.it – “History of Philosophy”

Activity relating to the work of French thinker Michel Foucault (1926-1984)…
Via foucaultnews.wordpress.com 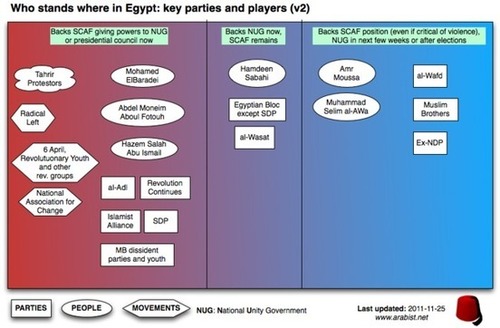 The site on Arab politics and culture… The way to follow the Arab Spring
Via www.arabist.net

I’ve been following the excellent multi-authored Disunion posts at the New York Times Opinionator  blog.  That is posts on the American Civil War with reference to a great  variety of topics.   I’m particularly taken with the most recent post, Lincoln’s Do-Nothing Generals by Mark Greenbaum.  The do-nothing generals refers to George McLellan, the first Union commander in the Civil War, and his associates; and certainly not to Ulysses S. Grant, and his associates, who won the war for the Union, and what was by then the cause of the abolition of slavery.  It was not a war to end slavery when McLellan was commander, he was a pro-slaver.  Though the war was certainly prompted the detestation of southern whites for Abraham Lincoln (sometimes known as Honest Abe), an opponent of slavery, even if he did not intend before the war to enforce abolition on the South.

The point that is really at the centre of the post is the evolution of northern military strategy from explicit adherence to Antoine Henrı-Jomini to implicit adherence to Carl von Clausewitz.  Jomini is not widely read now, but in the mid-nineteenth century was considered the author of The Book on war, The Art of War .  This is based on the explicit thought of Napoleon and his generals, and helped spread various aspects of Napoleonic military practice beyond France.  However, now the Napoleonic influence (including the reaction to Napoleon) is generally considered to be represented by Clausewitz’s On War, a book widely thought to elevate military theory to the status of the classics of political theory, and to bring politics into war, in its emphasis on war as continuation of politics and the struggle to break the collective will of the enemy.  In terms of the American Civil War, this means a transition from outwardly gentlemanly battles to Sherman’s March on the Sea which deliberately destroyed the properly of southern white civilians.  The other side of that is that considerable violence between, and among civilians, took place at the beginning of the war, while Sherman’s March hastened the end of the war and the emancipation of slaves.

Here are the two paragraphs of the post which deal with Lincoln’s unconscious affinity with Clausewitz.

While there is no evidence that Lincoln ever read his work, his views resembled the ideas of another 19th century theorist, Karl von Clausewitz. The Prussian officer emphasized the relationship between military strategy and politics, calling war “the use of engagement for the purpose of the war.” He defined the new style of war as one based on broad objectives like taking over countries and overthrowing sitting governments through the annihilation of an enemy’s center of gravity, generally its standing army.

Lincoln recognized the government’s core policy (total defeat of the rebellion), the size of the conflict (unlimited, across two theaters), the South’s keystone center of gravity (its army) and the Union’s inherent advantage (manpower and industrial production) together in concert and divined a simple strategy: Directly engaging Southern armies repeatedly, and ignoring the alluring prize of rebel cities in favor of seizing strategic points like railroad hubs and lines of communication. His intuition soon proved right, as the capture of major Southern cities like New Orleans, Nashville and Memphis by mid-1862 did nothing to hasten the end of the war.

In Concluding Unscientific Postscript, Kierkegaard identifies the aesthetic with possibility and ethics with actuality.  The relative value of these terms shifts within Kierkegaard’s exposition, or so it seems, as Kierkegaard builds up his view of possibility and actuality.  Comments on Either/Or suggest that we see a higher value in the point of view of Assessor (or Judge) William than in the point of view of the A author, the Young Man, or of Johannes the Seducer, whose story appears in the ‘Diary of a Seducer’, the last part of the A texts assembled by the Young Man.  William is leading an ethical life, the life of a married man, which has a stability and an achievement lacking in the restless imagination of the Young Man who appears to be a friend of William.  However, subsequent remarks by Kierkegaard might lead us to wonder whether we should take this as an untroubled ranking of the B author over the A author.  Kierkegaard goes on to put possibility above actuality from the religious point of view.  That is possibility if we take all possibilities as being realised.  That brings us to the absolute point of view, the point of view of religion.  That actuality of the ethical excludes the value in the reality of other possibilities.  William does seem like a parodic figure of self-assurance in his life as husband and civil servant.  The place of the state and its servants is often mocked by Kierkegaard, not because he rejects the state, but because he sees its role as limited and functional, and not to be allowed to dominate human life.  Various moments of William’s two absurdly lengthy letters to his young friend might lead us to wonder how happy his wife is.  Even if we take his reports on the happiness of his marriage as given, we might wonder at his adherence to the message of Christianity, without feeling challenged by it.  He passes on the ‘Ultimatum’ to the Young Man with its distinctly Kierkegaardian ide aof religion, but does  not seem to have been at all affected by its call to recognise our insignificance and  wrongness before God.

What Kierkegaard suggests in Concluding Unscientific Postscript is the value of taking all possibilities seriously as real, or concentrating on the Aristotelian move from possibility to reality, the movement of potentiality.  Some have seen this movement as akin to Deleuze, but this seems to concentrate on a meaning of kinesis which is more physicalist than Kierkegaard’s own discussion of it as the movement from potentiality to actuality.  Anyway, what Kierkegaard definitely does not take from Aristotle is an argument for the necessity of God.  Kierkegaard firmly rejects all arguments to prove the existence of God, and particularly targets Descartes.  The emphasis on the actuality of all possibilities in Kierkegaard maybe moves us towards a Godly absolute perspective, but Kierkegaard does not use this as part of an argument for God’s existence, and never tries find a God’s point of view, any ‘view from nowhere’ is foreign to Kierkegaard’s philosophy.

With regard to Descartes, Kierkegaard opposes the idea that we can argue from the hypothesis of God existence on the grounds that his existence is necessary.  The necessity is still part of the hypothesis, is internal to it.  We cannot move from the hypothesis to the necessity of God’s existence.  The assumption that the idea of God can only come from God, is rejected by Kierkegaard.  This is in the spirit of Kant, and maybe Hume, though unlike Kant, Hume had no interest in putting religion on a rational moral basis.  So Kierkegaard’s view of God and Christianity is Enlightenment, in the narrow sense.  Not in the sense that includes Spinoza, since Spinoza does argue for the necessary existence of God, even if he may have meant nature when he talks about God (an approach followed by Hegel).  Kierkegaard is not accepting Luccretius style arguments for non-belief in a God who is at the foundation of the universe either.  His argument is for God as the belief that we are willing to test in life, and which enables life the most, and the becoming subjective which is the task of life.  We can see the ethical and religious significance of Fear and Trembling  from this.  It looks at how to deal with the possibility that God commands sacrifice combined with the possibility that he will avery the requirement for sacrifice.  The actuality of ethics has to be sacrificed, even if only in a temporary way.

The Owl of Minerva (Athena)